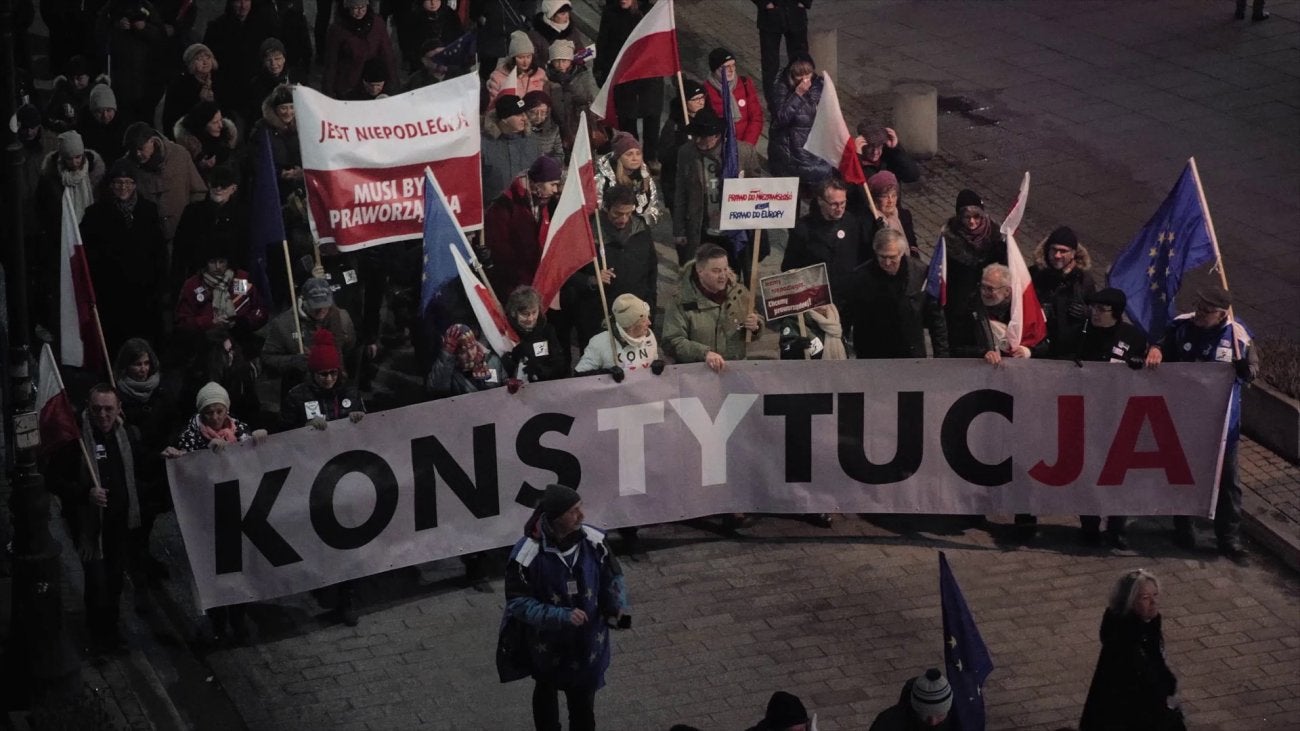 Solidarity leads to a resounding voice that can't be ignored.

We are proud to present the 26th edition of the London Human Rights Watch Film Festival, running from March 17-25, 2022, in partnership with Barbican Cinema. This year’s edition highlights the ability to create change, as we meet courageous individuals on both sides of the lens, and experience what happens when, little by little, solidarity turns into a resounding voice that the powers that be can’t ignore.

Even during the global pandemic, communities—from journalists in Myanmar, Latinx community members in Texas, and young girls in Bangladesh, to judges in Poland and asylum seekers in the UK—are coming together and making a difference.. We are living through unprecedented times, and the films in this year’s line-up speak directly to many issues we currently face.

This year’s festival will present three in-person Q&A screenings—Opening Night, Centrepiece, and Closing Night—in the beautiful Screen 1 at the Barbican, as well as a full digital edition of 10 emboldening new films from around the world, available across the UK, featuring in-depth discussions with filmmakers, film participants, activists, and Human Rights Watch researchers.

The festival opens with Silence Heard Loud, a poetic film that weaves the intersecting stories of asylum seekers in the UK fighting to preserve their dreams and dignity as they navigate the British immigration system. In our Closing Night film, Bangla Surf Girls, we meet three Bangladeshi teenagers who must overcome seemingly insurmountable odds to chase their dream of becoming Bangladesh’s first women surfers to compete internationally.

Freedom of expression and threats to democracy are the focus of five films in our program. In Boycott, the Centrepiece of this year’s festival, filmmaker Julia Bacha pulls back the curtain on the architects of anti-boycott laws in 33 states of the US that are designed to curtail freedom of speech and penalise individuals undertaking boycotts to create social change. With stunning animation and powerful interviews, Eternal Spring boldly reveals the persecution of religious movements and political dissent by the Chinese government. A group of anonymous filmmakers, the “Myanmar Film Collective,” bring us Myanmar Diaries, which intimately reveals what life is like inside their country after the military overthrew the civilian government just over a year ago. Judges Under Pressure provides a clarion call to the growing vulnerability of judicial independence through the stories of several Polish judges under threat of being fired or arrested by Poland’s right-wing ruling party. And On The Divide chronicles three people with diverse perspectives who are connected to the only remaining abortion clinic in the Rio Grande Valley of Texas along the US-Mexico border.

The impact of trauma on families, and the importance of cultural connection are explored in this year’s edition. In Tacheles—The Heart of the Matter, we are introduced to Yaar, a young Jewish Berliner who attempts to process and overcome intergenerational trauma by developing a video game set in 1940’s Germany based on his grandmother’s experience, where he enables Jews to defend themselves and Nazis to act humanely. You Resemble Me, the one drama in this year’s festival, explores the complex life of Hasna Aït Boulahcen, a refugee and survivor of abuse in France who sought support and opportunities to belong but whose life was cut short by radicalisation. In the emotionally resonant Daughter of a Lost Bird, we meet Kendra, who was adopted into a white family as a child, as she finds her birth mother and discovers her native identity and the purposeful erasure of cultural identity for Native communities in the United States.

This year’s program of 10 films reflects the festival’s ethos of celebrating representation, and diversity of content and perspective. We strive to prioritise space for identities, viewpoints, and forms of expertise and experiences either silenced or marginalised in the film industry, news, and media.

We welcome you to join us in celebrating the power of individuals to make a difference at this year’s Human Rights Watch Film Festival.