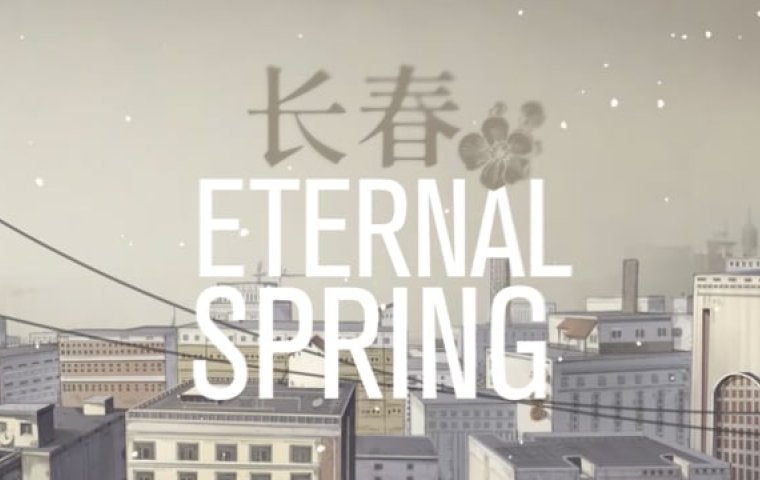 In March 2002, a state TV station in China was hijacked by members of outlawed spiritual group Falun Gong. Their goal was to counter the government narrative about their practice. In the aftermath, police raids sweep Changchun City, and comic book illustrator Daxiong (Justice League, Star Wars), a Falun Gong practitioner, is forced to flee. He arrives in North America, blaming the hijacking for worsening a violent repression. But his views are challenged when he meets the lone surviving participant to have escaped China, now living in Seoul, South Korea. Combining present-day footage with 3D animation inspired by Daxiong’s art, Eternal Spring retraces the event on its 20th anniversary, and brings to life an unprecedented story of defiance, harrowing eyewitness accounts of persecution, and an exhilarating tale of determination to speak up for political and religious freedoms, no matter the cost.

“History has taught Chinese people a lesson: dare to stand up to the Party, and you will suffer.”

Learn more about HRW's work on China and Tibet 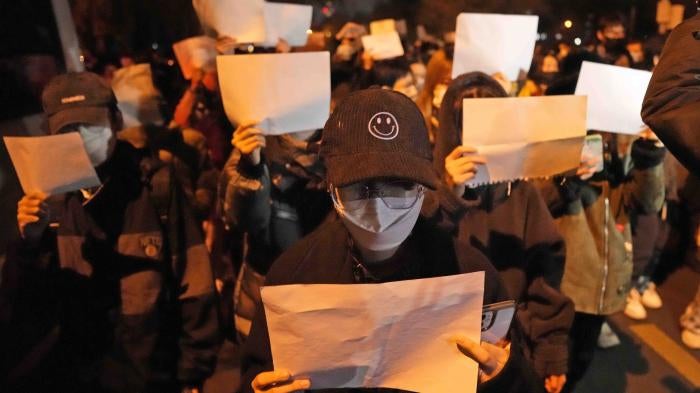 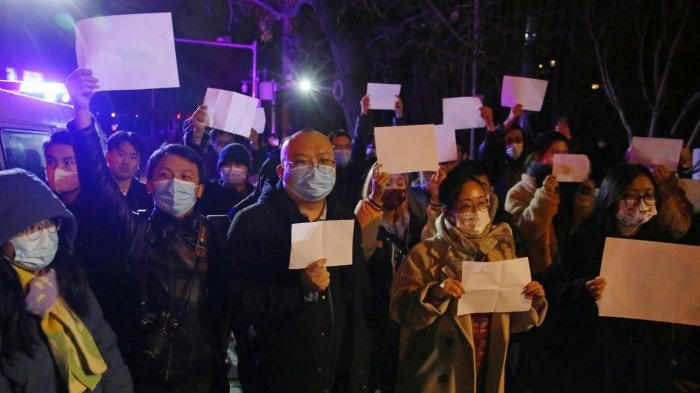 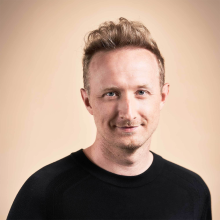 Jason produced the docuseries on Chinese cuisine, Confucius Was a Foodie, which was named Best Food Series on TV at the 2021 Taste Awards. It has aired in over 100 territories worldwide, including on PBS stations across the US and Nat Geo People in Asia.

Jason’s directorial debut in a documentary feature, together with Eric Pedicelli, was called Ask No Questions and premiered in competition at Slamdance in 2020. It won the Copper Wing (Best World Cinema) at the Phoenix Film Festival, was endorsed by artist Ai Weiwei, and was nominated by Film Threat as 2021’s Best Socially Relevant Documentary, among other honours.

Masha Loftus is an experienced producer of documentaries, animation and digital media, supervising multiple award-winning projects. She has also voice-directed for animation and video games. A native of Changchun, China, Masha was fascinated by the untold story behind the 2002 TV hacking in her hometown. Masha began her media work at Peking University’s student newspaper and as a host with CCTV 4 in China. She holds a law degree from the University of Toronto and an entertainment law certificate from Osgoode Hall.

Yvan Pinard has worked for close to two decades in film/video and animation. He studied animation and VFX at the NAD School in Montreal, after which he worked as a digital compositor and artist on numerous films and short-form projects. As post-production manager at the Montreal-based SHED he was responsible for films such as La belle et la bête (Beauty and the Beast) (2014) and the documentary Takedown: The DNA of GSP (2014). In 2016 he joined Lofty Sky and has been responsible for leading the Lofty Sky’s CG animation and digital teams. He serves as the studio’s director of operations.

Kevin Koo has worked for more than a decade in producing live-action video, including VR, documentaries, and docuseries. He is an experienced production and post-production manager, having coordinated the shooting and post processes for the Canadian Screen Award-nominated Confucius Was a Foodie, which aired in over 100 territories worldwide, including Nat Geo in Asia and PBS stations in the US. It was named Best Food Series on TV at the 2021 Taste Awards.

This film contains animated scenes of police brutality, footage and references of violence and torture.

China Change can help you learn about human rights, the rule of law, and civil society in China