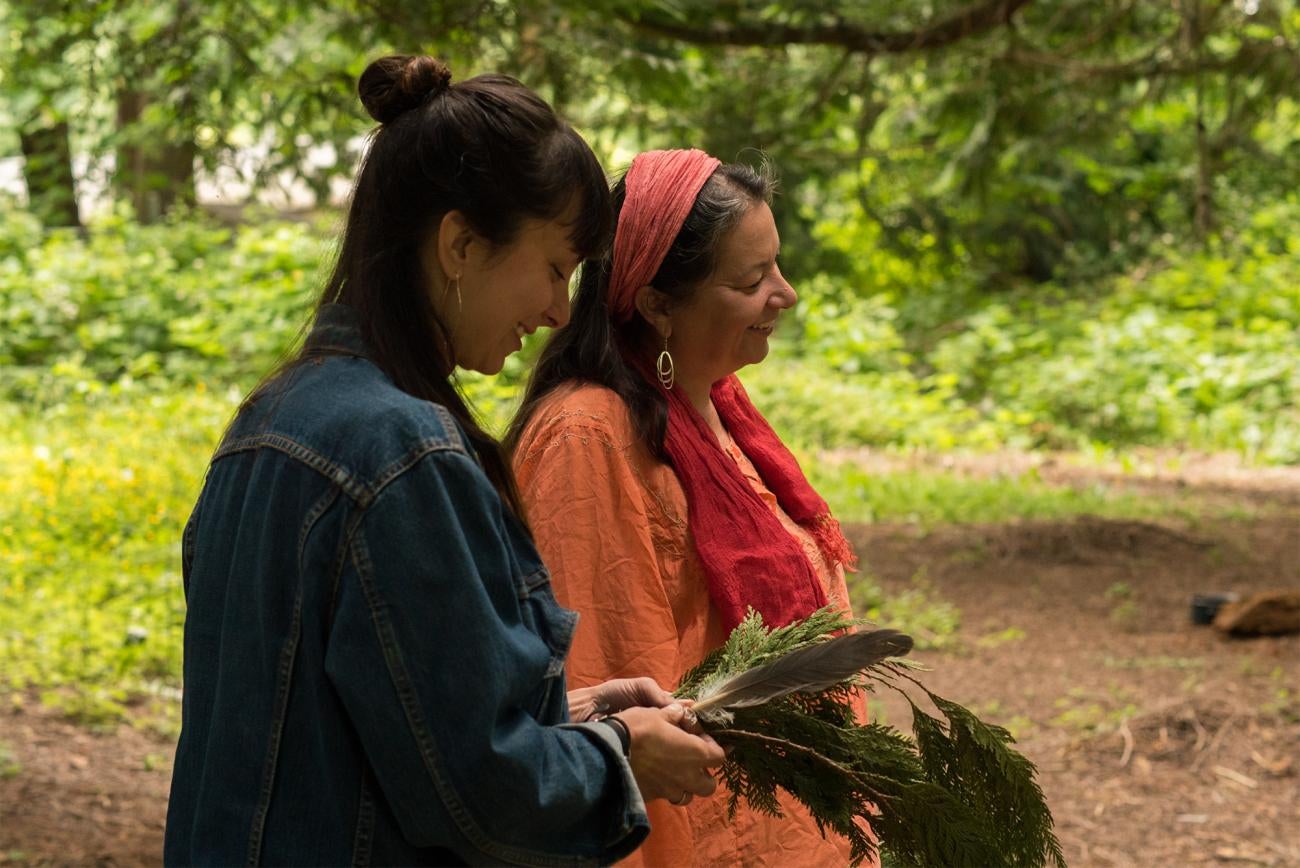 Human Rights Watch had the honor of screening the beautifully personal documentary, Daughter of a Lost Bird, at our New York and London film festivals, which shares the story of Kendra Mylnechuk Potter, who was adopted into a white family and raised with no knowledge of her Native American parentage. The film follows Kendra as she discovers her Native identity, finds her birth mother, April, also a Native adoptee, and returns to her Lummi homelands in Washington State.

This issue is in the news as the state of Texas and several families adopting Native American children are challenging a federal law  aimed at preventing Native American children from being separated from their extended families and their tribes.  The US Supreme Court heard arguments in November in a case, Brackeen vs. Haaland, that many Native people fear may have broader implications for tribal sovereignty and self-governance. The Supreme Court will issue a decision by June 30, 2023.

Kendra and April’s stories show the impact of US government actions to erase an entire culture, including the 1958 Indian Adoption Project, which removed Native children from their families and placed them in white homes in an effort to “kill the Indian and save the man.”

In 1978, Congress found that hundreds of thousands of Native American children had been taken from their homes, sometimes by force, and placed in institutions or with families that had no tribal connections. According to the National Indian Child Welfare Association, 35 percent of all Native children had been removed from their homes and 85 percent of them were sent to non-Indian homes.

The effect this had on these adoptees is made clear in the film - April states: “It's taken me a long time to believe I belong places. When someone says "You're Lummi" I can't wrap my mind around it. I don't know what that means.” The tribes saw these actions as a threat to their very existence, and Congress agreed, passing the Indian Child Welfare Act (ICWA) of 1978.The law establishes minimum standards for the removal of Native American children from their families and establishes a preference that when Native American children are taken from their homes, they be placed with extended family members or with other Native families.

Through this one powerful story of a mother and daughter, Daughter of a Lost Bird is able to break down a complex set of issues and make them extraordinarily accessible and human to understand, and show what is at stake if the law is overturned.

As Kendra Mylnechuk Potter says in the film:“As I am slowly finding my own way through identity, realising that I am actually a perfect example of assimilation, a perfect example of ‘kill the Indian save the man’, and I am a saved man and a dead Indian - it's tragic. I just don't know how to be with that.”