Unapologetic illuminates the love underpinning the anger and frustration that comes with being Black, queer women in the US, and elevates those who are most often leading the way while being denied the spotlight. 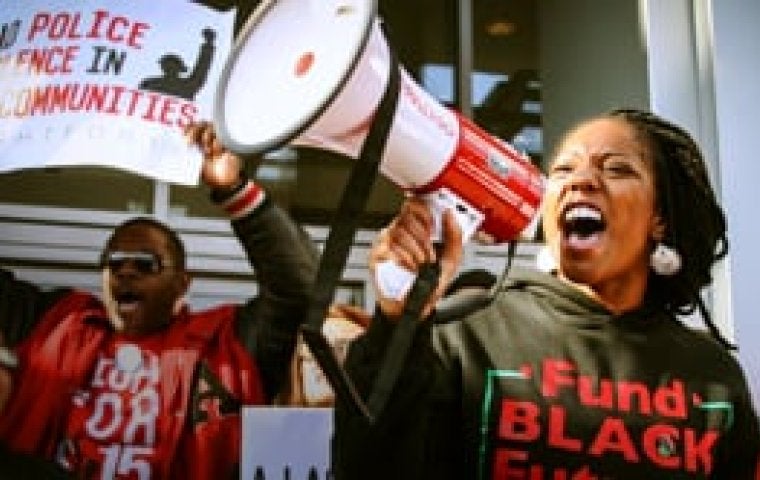 This is a profound and necessary story ripe for a countrywide, and indeed a world-wide, reckoning with racial injustice. After two Black Chicagoans, Rekia Boyd and Laquan McDonald, are killed by police, the Movement for Black Lives demands justice and organizes to challenge an administration complicit in violence against its residents. Unapologetic introduces Janaé and Bella, two fierce activist leaders whose upbringing and experiences have shaped their view of what liberation could and should look like, as they urge an expansive view of public safety that does not depend on police. This invigorating documentary illuminates the love underpinning the anger and frustration that comes with being Black, queer women in the United States, and elevates those who are most often leading the way while being denied the spotlight.

“If Black, queer, feminist people are not free, nobody else is going to be free.”
- Kush, film participant, Unapologetic 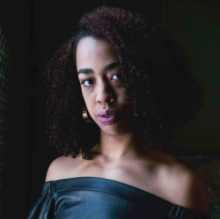 Ashley O’Shay (Director/Producer) ​is a DP and documentarian based in Chicago, IL, whose work focuses on illuminating marginalized voices. She has produced work for national brands, including Lifetime, Ford Motor Company, Boost Mobile, KQED, and Dr. Martens. Most recently, she filmed the final episode of Dr. Martens' "Tough As You" series, starring the band Phony Ppl, accruing over 65K views on social and web. In 2019, she co-produced the Chicago episode of KQED’s award-winning series “If Cities Could Dance,” which became one of their most viewed episodes to date. Her work also appeared in the critically-acclaimed Lifetime docuseries ​Surviving R. Kelly​. Although she has crafted many short films, ​Unapologetic is her first venture into the feature world. Several experiences have elevated the project’s status in the industry, as Ashley was previously a fellow with Firelight Media, the Bay Area Video Coalition, Film Independent, Kartemquin’s Diverse Voices in Docs, Hedgebrook, Cucalorus Film Festival, and UC Berkeley’s Investigative Reporting Program. She is currently an associate with Kartemquin Films.