Filmed over five years through November 2017, The Trial of Ratko Mladić follows the case closely, as Mladić is tried in the International Criminal Court in The Hague for genocide and crimes against humanity. 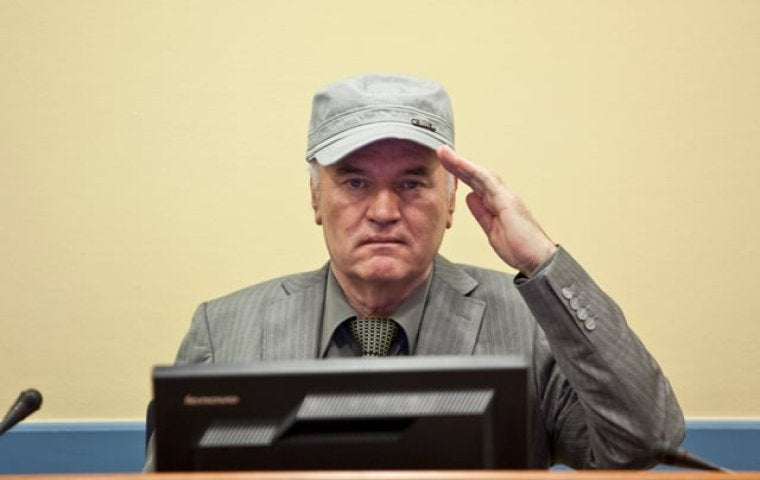 General Ratko Mladić is among the most infamous figures of the Bosnian war, whose name became synonymous with the murder of over 7,000 Muslim men and boys in Srebrenica in 1995 - the worst crime on European soil since World War II. Filmed over five years through November 2017, The Trial of Ratko Mladić follows the case closely, as Mladić is tried in the International Criminal Court in The Hague for genocide and crimes against humanity. Featuring unprecedented behind-the-scenes access to the prosecution team, the defence lawyers, brave witnesses, and Mladić's own family members, this film is a gripping story of justice, accountability and a country trying to escape its traumatic past.

“This film offers a powerful reminder of the unspeakable crimes committed during the brutal war in Bosnia, and of the role of criminal justice in helping survivors get the closure they deserve.”
Param-Preet Singh, Associate Director, International Justice Program, Human Rights Watch

Henry Singer is one of Britain's most critically acclaimed documentary directors. He has won or been nominated for every major British documentary award, including the BAFTA, Royal Television Society, Grierson, Broadcast, Broadcasting Press Guild, the Televisual as well as the Emmy, and his films have been screened at festivals around the world. Among his prize-winning feature length films are The Falling Man about a photograph of someone who jumped or fell from the World Trade Center on 9/11, The Untold Story of Baby P, about the death of a seventeen month toddler in north London, and The Blood of the Rose, about the brutal murder of the filmmaker and conservationist Joan Root in Kenya. Broadcast Magazine has named Singer one of the top ten directors working in British television. In its citation, the magazine said: ‘Singer is perhaps the most intimate, sensitive filmmaker working today. He does not just observe his subjects but seeks to take us inside them, to live with them and make us see their perspectives.’

Rob Miller began his career working for a human rights organisation before crossing over into documentary. He has over fifteen years experience of developing and producing documentaries for the BBC and Channel Four in the U.K, collaborating with Henry Singer on Last Orders, On A Cold Friday in November and The Betrayed Girls. Rob’s BBC series on elderly care, entitled ‘Protecting Our Parents’, was described by the Radio Times as one of the most important ever shown on British television and was nominated for Broadcast, Royal Television Society and BAFTA awards.