<p><em>(T)ERROR</em> is the story of Saeed "Shariff" Torres, a 62-year-old former Black Panther-turned-counterterrorism informant for the FBI, and the first documentary to place filmmakers on the ground during an active FBI counterterrorism sting operation.</p>

(T)ERROR is the story of Saeed "Shariff" Torres, a 63-year-old former Black Panther-turned-counterterrorism informant for the Federal Bureau of Investigation. The film is the first documentary to place filmmakers on the ground during an active FBI counterterrorism sting operation. (T)ERROR interweaves Shariff’s fascinating journey with a penetrating look at the government’s broader counterterrorism campaign, bringing viewers face-to-face with issues of domestic surveillance, racial profiling, entrapment, freedom of speech, and freedom of religious expression. Taut, stark and controversial, (T)ERROR illuminates the fragile relationships between individuals and the surveillance state in modern America and asks, “Who is watching the watchers?”
Special Jury Award for Break Out First Feature, US Documentary, Sundance Film Festival 2015

Each year, dozens of people in the US are charged with, and convicted of, terrorism-related offenses. Many of these cases involve informants. A closer look reveals that informants often target particularly vulnerable individuals, based on religious or ethnic background rather than any real suspicion of criminal activity. Moreover, many of the plots could never have come to fruition without the direct involvement of the FBI. Once arrested, defendants often face unfair trials and unnecessarily harsh sentences. This approach has been both abusive and counterproductive, alienating the very communities the US claims it relies upon for information on genuine terrorist threats. Human Rights Watch has documented abuse in federal terrorism cases, from the commencement of an investigation through to the conditions of confinement that defendants face after conviction. Using this reporting, it works to improve US policies and practices to ensure better compliance with US obligations under international human rights law. 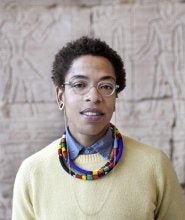 Lyric R. Cabral is a New York-based filmmaker and photojournalist who documents stories seldom seen in mainstream media. Cabral recently completed (T)ERROR, her first feature length documentary, co-directed with David Felix Sutcliffe, which premiered at the 2015 Sundance Film Festival, where it won a Special Jury Prize for Break Out First Feature, as well as the Grand Jury Prize at the 2015 Full Frame Film Festival. 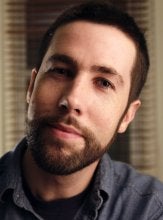 David Felix Sutcliffe is an independent documentary filmmaker whose work explores issues of national security and civil liberties in the post-9/11 era. In 2013, he was included in Filmmaker Magazine's annual list of "25 New Faces of Independent Film." (T)ERROR, co-directed with acclaimed photojournalist Lyric R. Cabral, marks the first time that filmmakers have had access to an active FBI informant in a domestic counterterrorism investigation.