This engaging tragicomic documentary follows women inmates through a 10-month drama therapy/theater project set up in 2012 by director Zeina Daccache at the Baabda Prison in Lebanon. 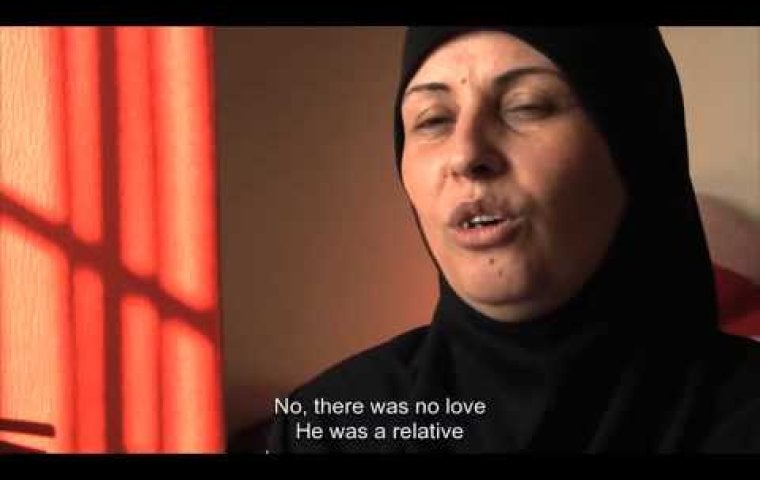 This engaging tragicomic documentary follows women inmates through a 10-month drama therapy/theater project set up in 2012 by director Zeina Daccache at the Baabda Prison in Lebanon. Through their unprecedented theater initiative, entitled Scheherazade in Baabda, these "murderers of husbands, adulterers and drug felons" reveal their stories—tales of domestic violence, traumatic childhoods, failed marriages, forlorn romances, and deprivation of motherhood. The women of Baabda Prison share their personal stories, and in doing so, hold up a mirror to Lebanese society and all societies that repress women.

Women in Lebanon face discrimination in law and practice. Discriminatory provisions in personal status laws, determined by an individual's religious affiliation, significantly harm and disadvantage women—including unequal access to divorce and, in the event of divorce, child custody. There is no civil law on a minimum age of marriage, which is instead determined by an individual's religious sect. All sects provide for a marriage age for girls below 18. Human Rights Watch has documented the harmful effects of early and forced marriages of girls in countries such as Yemen, South Sudan, and Afghanistan. Human Rights Watch has also documented torture and ill-treatment of drug users and sex workers by the Lebanese internal security forces as well as sexual violence or coercion by the police.