Bringing to light the foundations of systemic racism in one community that has spanned generations, A Reckoning in Boston shows that transformation, healing and social change begins within each of us.

In the fall of 2014, Kafi Dixon and Carl Chandler enrolled in a rigorous night course in the humanities at a community center in their Boston neighborhood of Dorchester. Kafi, 44, sharp, witty and restless, dropped out of school at 15. She dreams of starting a land cooperative in Boston for women of color who have experienced trauma and disenfranchisement. Carl, 65, a community elder and doting grandfather, is the class’s intellectual leader. White suburban filmmaker James Rutenbeck comes to Dorchester to document the students’ engagement with their course, but as he is awakened to the violence, racism and gentrification that threaten their place in the city, he is forced to come to terms with his flawed film premise and his own complicity in racist structures. Spending more time listening than filming, James enlists Kafi and Carl as producers of the film. Five years on, despite many personal obstacles, Kafi and Carl arrive at surprising new places in their lives, and, following their lead, James does too. Bringing to light the foundations of systemic racism in one community that has spanned generations, A Reckoning in Boston shows that transformation, healing and social change begins within each of us.

This film is being presented as an exclusive preview.

Watch at your own pace anytime between Feb 2-Feb 8, 2021, or join us and watch-along before the live Q&A

We do not want the cost of entry to these films to be a barrier for participation in these events. If the price of buying a ticket to this film would prevent you from participating, please email the following address (filmticket@hrw.org) + we will send you a free ticket code. We have set aside a set # of tickets per film on a first come first-served basis. Once the free tickets are no longer available, the code will no longer work. For anyone that purchases a ticket, we appreciate your support. Your ticket purchase enables us to make tickets free for those who might otherwise be unable to watch. This also allows the festival to support the filmmakers for sharing their work in our festival to support the arts organizations bringing this work to you and for the festival to cover the cost of hosting the films online. 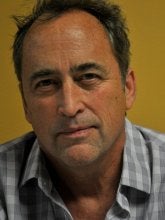 James Rutenbeck’s nonfiction films have screened at various forums including Cinema du Reel, Museum of Modern Art, National Gallery and the Flaherty Film Seminar. James is a two-time recipient of the Alfred I. du Pont Columbia Journalism Award for his work as producer of the PBS series, Unnatural Causes: Is Inequality Making Us Sick? (2008), about health disparities in the U.S. and Class of ’27, which he executive produced, directed and edited, about the lives of young children in rural America, is streaming as an Editor’s Pick at The Atlantic. His film Scenes from a Parish aired on the PBS series Independent Lens in 2009. James’ films have been funded by the Sundance Documentary Fund, LEF Moving Image Fund, Southern Humanities Media Fund and the Corporation for Public Broadcasting. His broadcast editing credits include Zoot Suit Riots, Jimmy Carter and Roberto Clemente for the PBS series American Experience and the Peabody Award-winning DEEJ for Independent Lens. James studied filmmaking with Richard Leacock at the Massachusetts Institute of Technology. 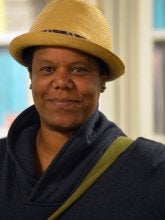 Kafi has been employed as a gravedigger, fishmonger, retail merchant, Boston bus driver, community organizer and mother of three. She is certified as an urban farm by the City of Boston. Kafi, a former Clemente Course student, worked closely with the film’s director James Rutenbeck for the last four years. She is currently lead organizer for the Common Good Project, and urban farm and cooperative for poor and working-class women of color in Dorchester, Massachusetts. This is her first film. 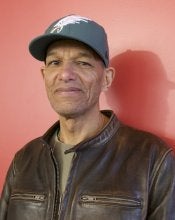 Carl is a baby boomer, a product of the Sixties. He was born in Boston, as was his grandmother, father, two daughters and a grandson. His ancestry is Black, Indigenous American and western European. He made the calculation early in life that he did not want to be a full participant in the so-called "American dream" since he felt that his people were not respected or embraced by America. As a consequence, he feels his education was incomplete. His lifestyle choices did not include lots of money. Originally poor by choice, then by necessity, he sees himself as poor but not impoverished. Throughout his life he has been able to give lectures and presentations on Indigenous culture in southern New England, which he believes is a small contribution to young people’s education. When his youngest daughter went away to college, he struggled with what to do next. A year later he found the Clemente Course in the Humanities. There, he received a first-rate education and a new direction in his life. He was elected class graduation speaker, and this honor confirmed to him that he should speak to the positive impact Clemente has on a person’s life. He has spoken in videos, public forums and small classes. This is his first film.