Violence is part of everyday life in Colombia, where the military, guerrillas, paramilitaries, and drug cartels have been fighting for decades, and hundreds of thousands of people have been killed. 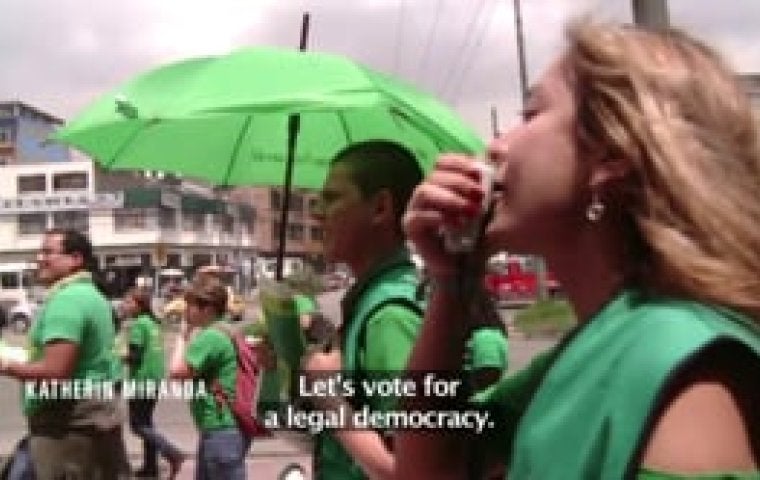 Violence is part of everyday life in Colombia, where the military, guerrillas, paramilitaries, and drug cartels have been fighting for decades, and hundreds of thousands of people have been killed. But the unorthodox presidential candidate Antanas Mockus and his enthusiastic young activist supporters attempt to reverse the vicious cycle with an imaginative and positive election campaign. As mayor of Bogotá, dressed in a Superman costume and with an indomitable trust in the good of his fellow citizens, he took on towering crime rates and people's bad traffic habits. But his idealism is both his strength and his weakness in an aggressive political system in which he struggles to restore people’s faith in being able to make a difference. Can good ideas and an idealistic drive alone change a political culture where violence is rampant? This is the portrait of an inspiring man and a powerful youth movement, whose stories are relevant far beyond Colombia's borders.

Colombia has been embroiled in an internal armed conflict for the past five decades. Civilians continue to suffer serious abuses by guerrillas, as well as by paramilitary successor groups that emerged after an official paramilitary demobilisation process a decade ago. Violence associated with Colombia's conflict has forcibly displaced more than 5.7 million Colombians, and upward of 200,000 continue to flee their homes each year, generating the world's second largest population of internally displaced persons. The Colombian government and Revolutionary Armed Forces of Colombia (FARC) guerrillas have been engaged in peace talks in Cuba since 2012 and at time of writing had reached an agreement on three of the six items on the negotiating agenda. 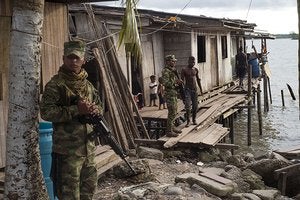