The Janes showcases a group of brave and bold women, many speaking on the record for the first time, who built an underground, clandestine network in 1970s Chicago for women seeking safe, affordable, illegal abortions.

In the spring of 1972, police raided an apartment on the South Side of Chicago – arresting and charging seven women who were part of a clandestine network. Using code names, fronts, and safe houses to protect their identities and their work, they built an underground service for women seeking safe, affordable abortions in the pre-Roe v. Wade era – a time when abortion was a crime in most states and even circulating information about abortion was a felony in Illinois. They called themselves “Jane.” Oscar-nominated Tia Lessin and Emmy-nominated Emma Pildes’ revelatory documentary could not be more timely - The Janes offers first-hand accounts from the women at the center of the group, many speaking on the record for the first time. This galvanizing documentary tells the story of our past and, potentially, our future.

“The Janes highlights the real dangers of restrictive abortion laws and the harms of criminalizing abortion. It really shows just how much is at stake right now in the US.”
- Annerieke Smaak Daniel, Researcher, Women’s Rights Division, Human Rights Watch 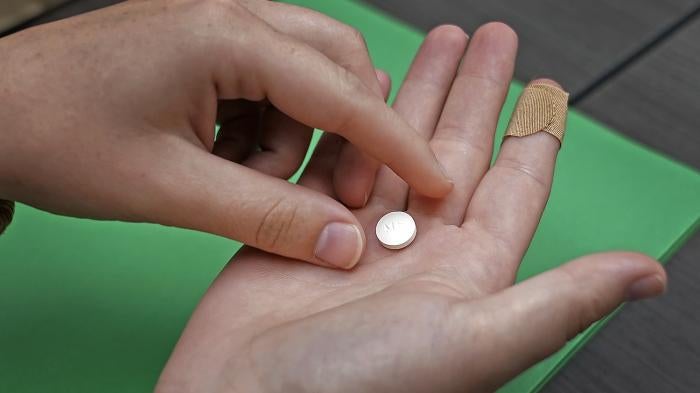 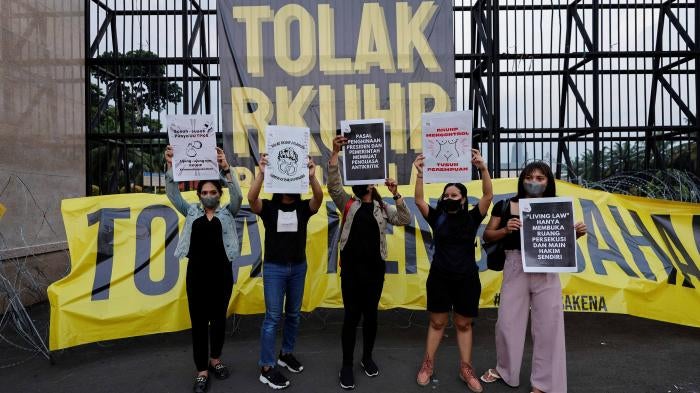 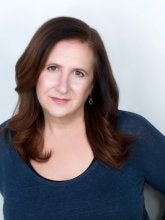 Tia Lessin was nominated for an Academy Award for her work as a director and producer of the Hurricane Katrina survival story “Trouble the Water,” winner of the 2008 Sundance Grand Jury Prize and the Gotham Independent Film Award. She directed and produced “Citizen Koch,” about the rise of the Tea Party in the Midwest, which also premiered at Sundance and was shortlisted for an Oscar in 2014. “The Janes” is the third feature-length documentary that Tia has directed. In 2001, Tia received the Sidney Hillman Award for Broadcast Journalism for directing the documentary short “Behind the Labels” about the labor trafficking of garment workers on U.S. Saipan.

Tia was on the producing teams of Palme D’Or winning “Fahrenheit 9/11,” Academy Award-winning “Bowling for Columbine,” and the Grammy-winning “No Direction Home: Bob Dylan.” She produced the film “Where to Invade Next” and executive produced “Fahrenheit 11/9.” Her work on the 1998/99 television series “The Awful Truth” earned her two Emmy nominations, one arrest, and a lifetime ban from Disneyland.

Tia is a past fellow of the Open Society Institute and the Sundance Institute and has served as an advisor to IFP, Sundance and Creative Capital artists. Her filmmaking has been supported by The Bertha Foundation, Chicken & Egg, Cinereach, Creative Capital, The Ford Foundation’s JustFilms, Fork Films, the International Documentary Association’s Pare Lorentz Fund, the MacArthur Foundation, New York State Council on the Arts, Rockefeller Brothers Fund and the Sundance Institute Documentary Film Program. She is a member of the Academy of Motion Picture Arts & Sciences and the Directors Guild of America. 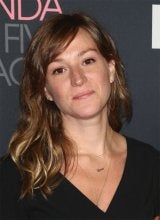 Emmy-nominated filmmaker Emma Pildes has an extensive background in, and boundless love for, non-fiction storytelling. “The Janes” is Emma's directorial debut. As one of Pentimento Productions' principal producers, Emma produced “Spielberg,” “Jane Fonda in Five Acts,” and “Very Ralph” -- all for HBO Documentary Films. “Spielberg” had its world premiere at the New York Film Festival in 2017 and was later nominated for an Emmy. “Jane Fonda in Five Acts” had its world premiere at Sundance Film Festival in 2018 and its international premiere at Cannes Film Festival. The film was nominated for the 2019 Emmys.

At PBS’ American Masters, Emma helped to produce the Emmy and Peabody-award winning “LennoNYC,” Emmy-award winning “Inventing David Geffen,” as well as “American Masters: Billie Jean King.” Born and raised in Chicago, Emma graduated from Sarah Lawrence College and is based in Brooklyn, NY. She is a member of the Directors Guild of America. 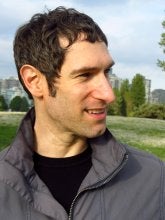 Daniel Arcana is an independent producer, writer and creative strategist with over 25 years of professional experience in content creation and brand marketing. In addition to co-developing and co-producing “The Janes,” Daniel is a consulting producer for Doc Shop Productions, where he co-developed TNT’s “American Race” documentary series featuring Charles Barkley, the Netflix documentary Series “AFFLICTEDAfflicted” and the feature film “#UNFIT: The Dangerous Mind of Donald Trump.” Daniel is also the co-founder and former President of Exopolis, a multi award-winning creative agency and motion graphics studio; best known for creating the original network launch of “Nicktoons” and its work for Apple, including the global launches of both the original iPhone and the iPod “colors” campaign. Exopolis worked extensively for clients such as: Universal Pictures, Disney, WB, Sony Pictures, Dreamworks, Nike, Coca-Cola, Microsoft, Xbox, Delta Airlines, Formula 1, VH1, HBO, Cinemax, TCM, IFC, Sundance Channel, A&E and was the recipient of many Key Art and Broadcast Design awards. 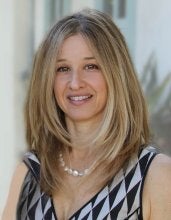 Emmy and Peabody award winning producer Jessica Levin has devoted her career to creating high quality non-fiction films, bringing to each new project her passion for music and the arts as well as her seasoned approach to archival material and inventive storytelling. She has collaborated with Susan Lacy on a rich variety of films, including the American Masters documentaries “Joni Mitchell: A Woman of Heart and Mind,” “Judy Garland: By Myself,” “No Direction Home: Bob Dylan,” “Annie Leibovitz: Life Through A Lens,” “LennoNYC,” and “Inventing David Geffen.” Some of Jessica’s earlier producing credits include PBS projects “Swingin’ with Duke” and “The Shakespeare Sessions” plus ABC specials “Wingspan” and “The Beatles’ Revolution.” As one of Pentimento's principal producers, Jessica most recently produced “Spielberg,” “Jane Fonda in Five Acts,” and “Very Ralph,” and “The Janes,” all for HBO Documentary Films. “Spielberg” had its world premiere at the New York Film Festival in 2017 and was later nominated for an Emmy. “Jane Fonda in Five Acts” had its world premiere at Sundance Film Festival in 2018 and its international premiere at Cannes Film Festival. The film was nominated for the 2019 Emmys. “Very Ralph” had its world premiere at The Metropolitan Museum of Art and aired on HBO in 2019. “The Janes” had its world premiere at Sundance Film Festival in 2022. Jessica is based in Los Angeles, CA. 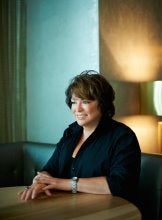 Susan Lacy is most well known for creating American Masters, the acclaimed PBS biography series profiling artists & visionaries who have helped shape our country’s culture. Susan created the series in 1986 and went on to serve as its Executive Producer for nearly 30 years. “American Masters” has garnered unprecedented awards over the years – Susan earned the series 71 Emmy nominations and 28 wins, including a remarkable 10 for Outstanding Non-Fiction Series, in addition to 12 Peabody awards, 3 Grammy awards and a nomination, and an Academy award and 4 nominations. Susan has also directed multiple award-winning films for the series: “Inventing David Geffen,” “Judy Garland: By Myself,” “Joni Mitchell: A Woman of Heart and Mind,” “Leonard Bernstein: Reaching for the Note,” “Lena Horne: In Her Own Voice,” “Rod Serling: Submitted for Your Approval.” She produced the American Masters films “Paul Simon: Born at the Right Time,” “LennoNYC,” and “No Direction Home: Bob Dylan.” Susan has received lifetime achievement awards from CINE and the Lincoln Center Institute for the Arts. She served on Television Academy’s governors board for two terms and is currently a member of the Academy of Motion Picture Arts and Sciences. In 2013, Susan began a new chapter in her long and celebrated career - she made the move from public television to independent filmmaking, with the formation of her own company, Pentimento Productions. Susan has most recently directed & produced “Spielberg,” “Jane Fonda in Five Acts,” “Very Ralph,” and executive produced “The Janes,” all for HBO Documentary Films. “Spielberg” was the first project in her company’s exclusive multi-picture deal with HBO. The film had its world premiere at the New York Film Festival in 2017 and was later nominated for an Emmy. “Jane Fonda in Five Acts” had its world premiere at Sundance Film Festival in 2018 and its international premiere at Cannes Film Festival. The film was nominated for the 2019 Emmys. “Very Ralph” had its world premiere at The Metropolitan Museum of Art and aired on HBO in 2019. “The Janes” had its world premiere at Sundance Film Festival in 2022.

Discussions of abortion, medical procedures and negligence throughout. There is archival footage of police brutality and intimidation from the civil rights movement. This film contains references to rape and child abuse.