As the US and Germany grapple with racism, nationalism, and a fight against diversity, our protagonists move from their 20s into their 30s and face major turning points in their lives. 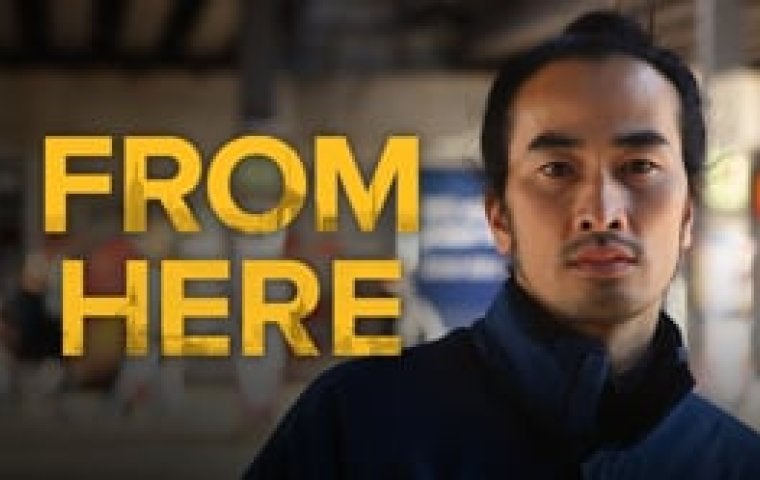 Closed-Captioning available
Thank you to everyone who joined our digital film festival screening + live Q&A on June 14. You can still watch the film until June 20, and view the recording of the Q&A filmmaker Christina Antonakos-Wallace, HRW's US Program Senior Researcher Grace Meng, and film participants Sonny Singh & Tania Mattos here on our Facebook page
Film description: From Here is a hopeful story of Tania, Sonny, Miman, and Akim - artists and activists based in Berlin and New York whose lives and futures hang in the balance of immigration and integration debates. As the US and Germany grapple with racism, nationalism, and a fight against diversity, our protagonists move from their 20s into their 30s and face major turning points in their lives: fighting for citizenship, starting families, and finding room for creative expression. Spanning a decade in two of the world’s largest centres of immigration, this sensitive and nuanced documentary captures their journeys to define what it means to “belong” in societies that are increasingly hostile to their existence.

“In the face of nationalism, we need narratives that connect us to our interdependence, challenge our assumptions, and open our imagination. The stories in From Here invite viewers to engage with—rather than retreat from—our global reality.”
- Christina Antonakos-Wallace, director, From Here

This film offers subtitles in English, Spanish and Closed Captioning

“From Here’s detailed portraits of migrants’ experiences of Germany and the US contain useful parallels for people concerned about rising xenophobia in the UK.”

Christina Antonakos-Wallace (Director) is an award winning filmmaker and cultural organizer whose practice is centered around facilitating conversations about migration, racism and belonging. Her short films and interactive work has been exhibited in over a dozen countries–in diverse contexts from schools, to festivals, to corporations. Awards include the Euromedia Award for Culture & Diversity (2011), a Media that Matters Change Maker Award (2012), and recognition from the German Alliance for Democracy and Tolerance (2015). From Here is her first feature-length documentary.