Single mother and organizer Clarissa Doutherd is building a powerful coalition of parents. They’re fighting for child care and early education funds, desperately needed by low and middle-income parents and children across the United States.

Single mother and organizer Clarissa Doutherd is building a powerful coalition of parents. They’re fighting for child care and early education funds, desperately needed by low and middle-income parents and children across the United States. Driven by her own experience losing child care and becoming unhoused with her infant son, Xavier, she seems to be everywhere at once - at hearings, election rooms, and rallies from Oakland, California to Washington, DC. But juggling this work with raising her son pushes Clarissa into a personal health crisis far too common among stressed, working mothers, especially women of color. When the lockdown pushes more families into desperate circumstances, Clarissa and her coalition redouble their efforts, with the stakes higher than ever. Clarissa’s Battle gives us insight into an erupting movement, as communities across the country follow Clarissa’s successes, setbacks and indomitable resilience.

We do not want the cost of entry to be a barrier for participation in the festival. If the price of buying a ticket to this film would prevent you from participating, please use the code FRIEND23 at checkout for a free ticket. We have set aside a set # of tickets per film on a first come first-served basis. Once the free tickets are no longer available, the code will no longer work. For anyone that purchases a ticket, we appreciate your support. Your ticket purchase enables us to make tickets free for those who might otherwise be unable to watch. This also allows the festival to support the filmmakers for sharing their work in our festival and for the festival to cover the cost of hosting the films online.

Credentialed child care providers will be on-site at MOPA to provide childcare free of charge to audience members who are attending the Clarissa's Battle event between the hours of 6:30pm-9pm. The providers will be able to accommodate up to a total of 15 children who are potty trained up to 13 years old. Please fill out the form on this link to register for child care. If you have any questions, please e-mail info@appleofdiscordproductions.com

IMPORTANT: you will be asked to sign a waiver upon drop-off.

Childcare during the film screening is being provided by Parent Voices California, on the Museum premises. HRW assumes no liability or responsibility for such childcare. HRW is solely responsible for the screening of the Festival’s films. 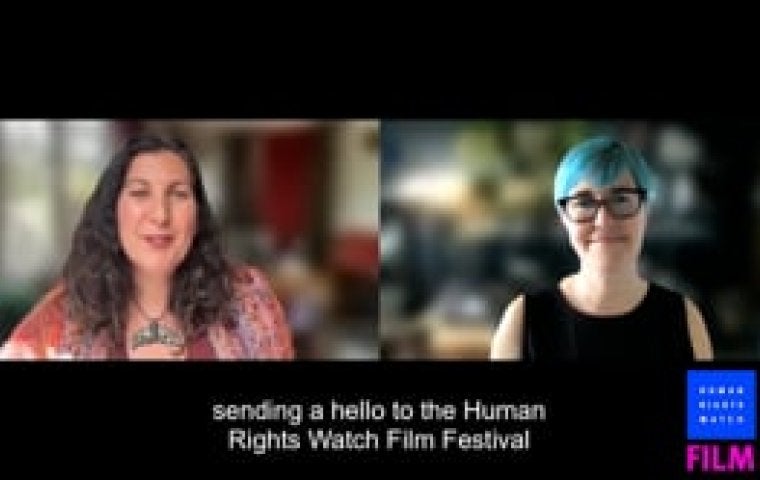 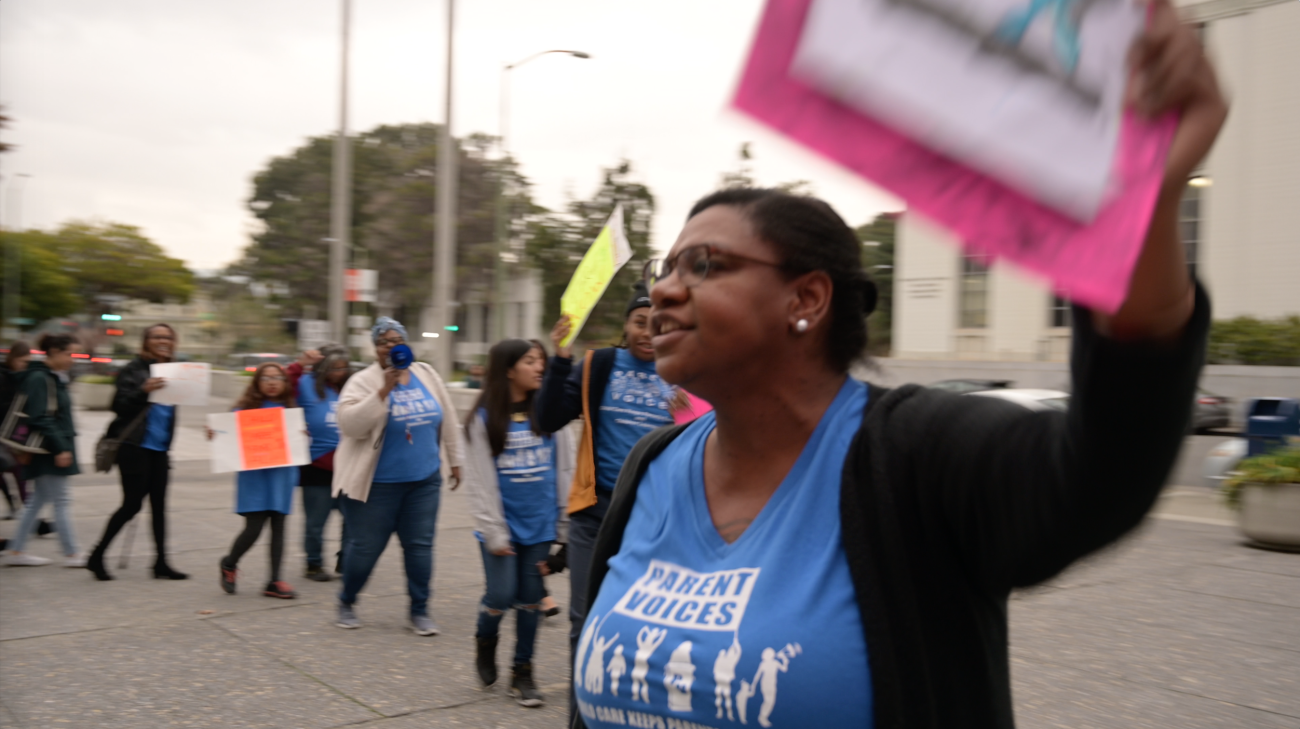 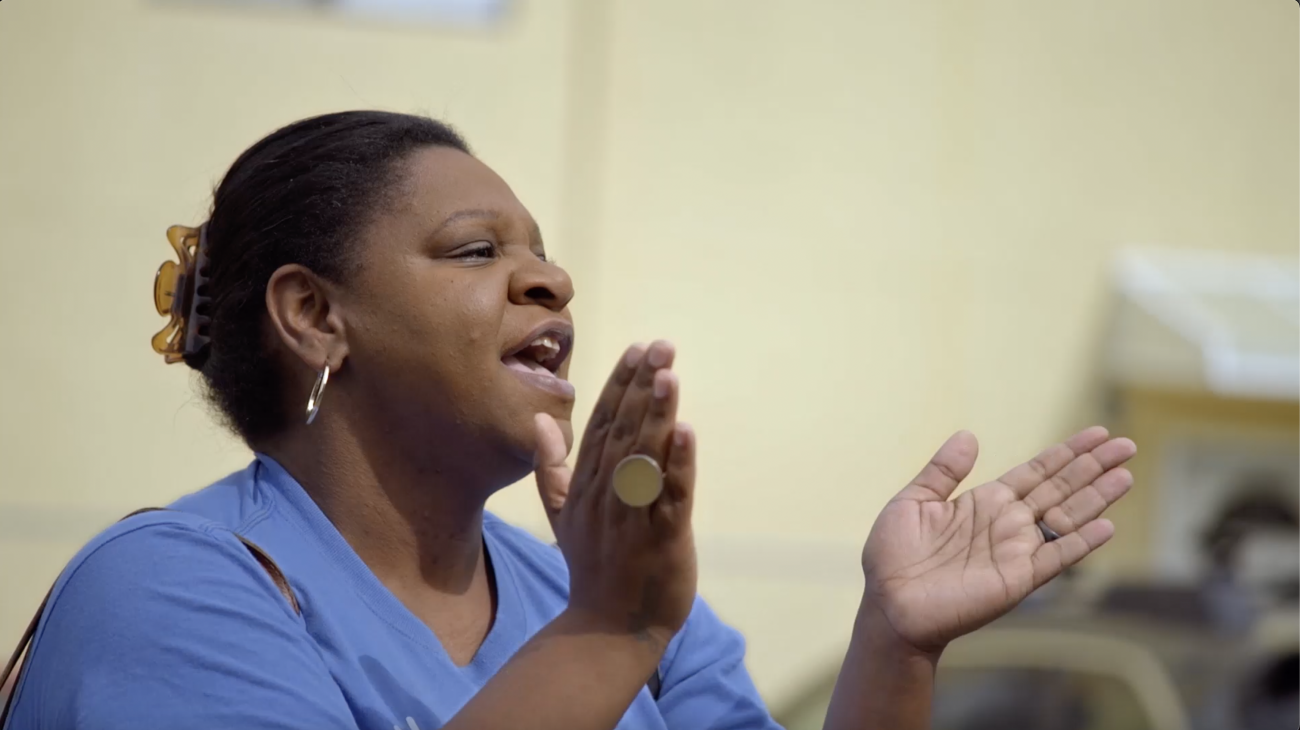 Read about HRW's work on Childcare in the US
US: Child Workers in Danger on Tobacco Farms

Tamara Perkins (Director | Producer | Writer) is an award-winning filmmaker and changemaker focused on documentaries that inspire transformative change through dialogue, healing and advocacy through her company Apple of Discord Productions. Perkins' films (Life After Life (2018), Rebound (2021), Clarissa’s Battle) were each inspired by a personal connection to the subject matter and provide an often overlooked proximity in storytelling. As a national speaker, Perkins’ repertoire spans from filmmaking to prison reform and human rights. She is a recipient of Evident Change’s Media for a Just Society Award. Perkins' work has become a catalyst for change, learning and advocacy for some of our nation's most misunderstood and overlooked issues.

Sara Maamouri is an Emmy-nominated documentary filmmaker and editor who has explored a diverse range of topics for over 20 years. Her work touches on social, educational, and political issues, from a teacher and students performing under extraordinary circumstances (The Music’s Gonna Get You Through, 2010) to rebuilding a life in a former war zone (Amal’s Garden, 2012). Her most recent films include We Are Not Princesses (2018) and the Peabody Award-winning film The Judge (2017). A multilingual Tunisian educated in New York and California, Sara brings cultural sensitivity to her editing, production, and story development, creating impact-focused narratives to attract and engage rapidly evolving audiences. Currently, she is editing Black Mothers (scheduled to premiere Spring 2022), directed by Débora Silva Souza, and Clarissa’s Battle (scheduled to premiere Spring 2022), directed by Tamara Perkins.

Due to technical difficulties, open captions and ASL interpretation are not available at this event. The event will feature Spanish captions on-screen. Please contact nedbalj@hrw.org should you need accommodations to participate in the event.